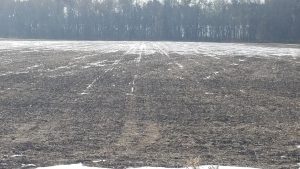 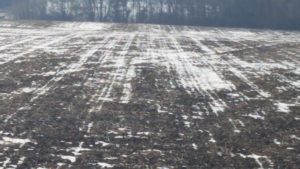 As the snow melted on November 14, I was able to get these pictures from the field where the Rogue VT® worked 20 acres in the same field that was being worked with an Aerway/Remlinger harrow. Wheat was drilled behind both machines. The photo on the right was run with the Aerway, photo on left, the Rogue VT. Both machines were set at 10-degree tine angle, the most aggressive. The coulters on the Rogue VT, were set at the deepest setting, and were going in 3 to 4 inches in depth.

Interested in what kind of a job the Rogue VT does in corn stalks? Look at the YouTube video that we posted on September 18. This implement can really do it all!

Harvest is still going on in Missouri, and the ground conditions are wet from Monday’s 1 to 3 inches of snow, if however, it does dry enough to do some more fall tillage, let us know. We can let you demo or rent a Rogue VT on your farm to see what true vertical tillage can do for your operation!